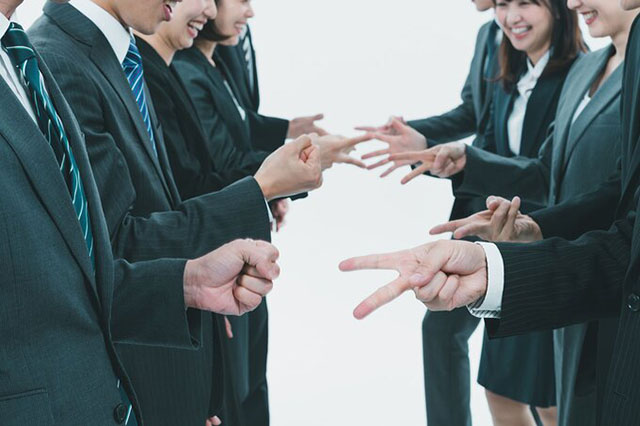 What do you use when you want to decide something or play a simple game? Like the positional decision made before a football match, a coin toss is often held in the Western, while in Japan, “Janken” is the most common. 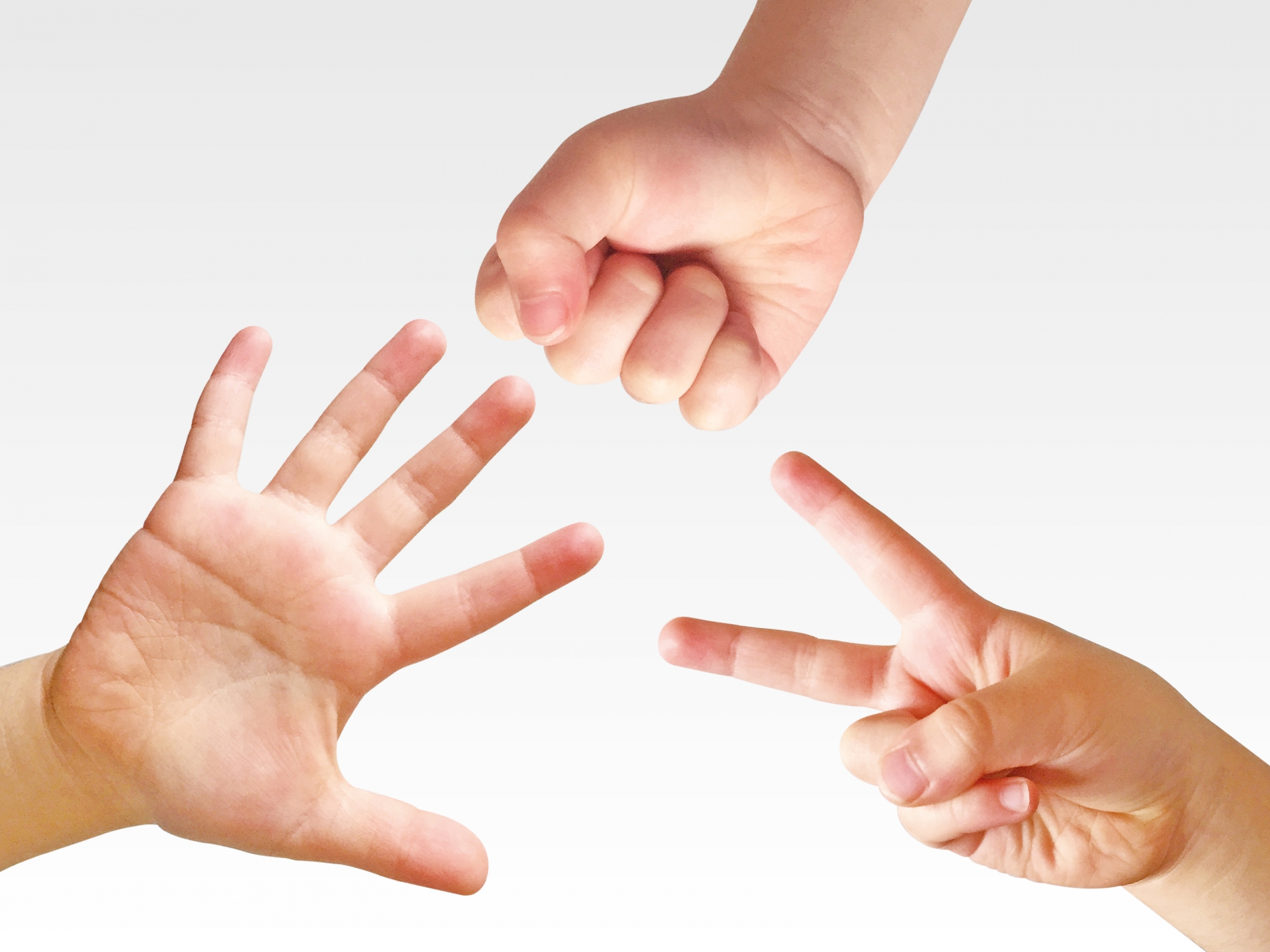 “Janken” is a game in which two or more people play a hand at the same time and the winner is decided by the shape of the hand, which has three types as below:

Guu:
means “Rock”. The Guu beats “Choki” because the scissors blade cannot cut rocks but loses to “Pah” because it is wrapped in paper.

Choki:
means “Scissors”. The Choki beats the Pah because the scissors can cut papers, but loses to the Guu because it cannot cut rocks.

Pah:
means “Paper”. The Pah beats the Guu because papers can wrap rocks, but loses to the Choki because it is cut by scissors.

As some of you may have already noticed, Janken is the Japanese version of Rock-Paper-Scissors (RPS).

The video below provides a very clear explanation of how to play Janken. Check it. To add a bit of explanation, Janken is a game in which several people simultaneously represent a hand shape, so shouting and timing are important factors.

The video above provides a very clear explanation of how to play Janken. Check it. To add a bit of explanation, rock-paper-scissors is a game in which several people simultaneously represent a hand shape, so shouting and timing are important factors.

In Janken generally, players call out “Jan-Ken-Pon”, and then simultaneously move their hands out on “Pon”, instead of “1-2-3” in RPS.

However, Japan has its own dialects and these calls vary widely from region to region. Here are some examples. At First, the last one, “Pon”, has many variations.” Pon” is the most common, but “Poi” and  “Hoi” are often used, and others are rarely used including “E”, “Ki”, “Sai”, “Shi”, “Sho”, “Chi”, etc.

In addition, “Jan-Ken” can vary widely. In western Japan, “In-Jan-Hoi(Poi)” is often used, while “Chi(Ji)-Ke-Ta” is used in some regions.

Unlike coin tosses, where the game is decided on the flip side, Janken has a draw, for example, if they both show the same “Guu”. This is called “Aiko”.

Janken is a rare game that can easily be played by more than two people, not just two. However, the more people there are, the more difficult it becomes to coordinate the timing of calls and hand-outs.

A common call to action in such cases is “Saisho-wa-Guu”, which means that the first Janken game should be played with everyone showing “Guu”, so that the players can get into a good rhythm.

Although the phrase is used by everyone nowadays, the trend was due to the influence of a TV program that aired in the 1980s.

The name of this program is “8jidayo-ZeninShugo”, which was a much-loved national comedy program in the 1970-80s.

There was a segment called “Janken-Fight”, in which two comedians of Drifters disguised themselves as western gunmen and played Janken, with the winner punishing the loser. This style exploded among children at the time. 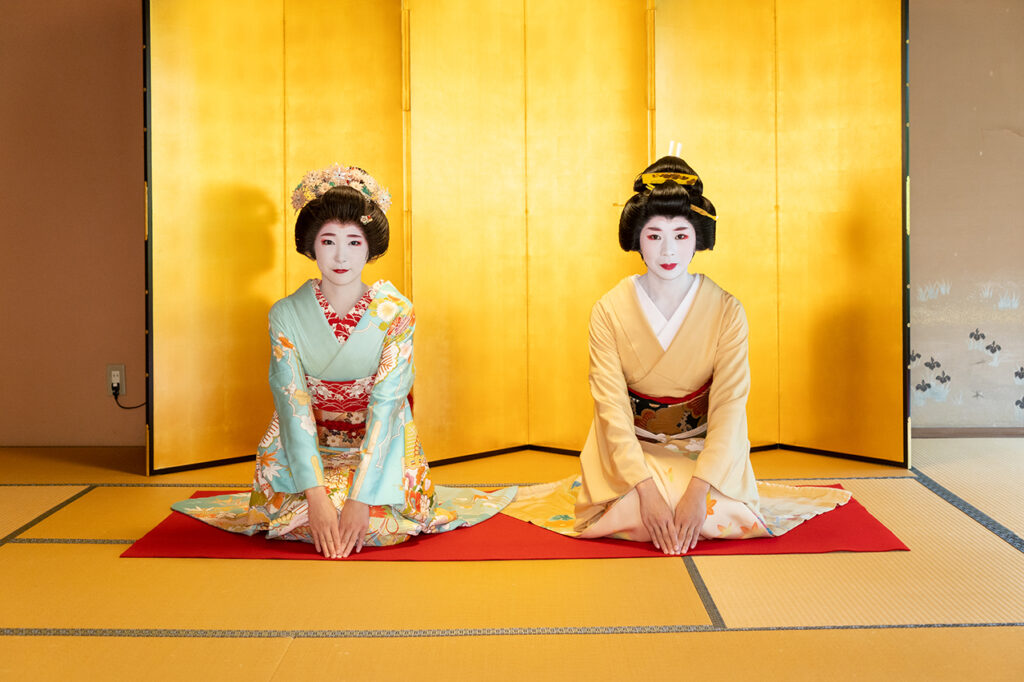 Have you ever heard of the term “Ozashiki-Asobi”? This is a unique culture in Kyoto and is the common name for playing with “Maiko-Han” and “Geiko-Han”. This play is so mysterious because only a very few people can play in the Ozashiki room, and even millionaires cannot easily experience it.

This play is basically enjoyed using the equipment available in the Ozashiki room and includes enjoying the Geiko’s dance and talking with the Maiko, and Janken, which can be played with only human hands, is a staple on the menu of Ozashiki-Asobi, which was developed into the game “Yakyu-Ken.”

The game consists of Janken with a Japanese baseball, called “Yakyu”, motif dance, with the loser optionally being punished by having to take off one piece of clothing. 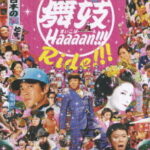 The Route is a Banquet Performance So why the baseball motif? This is due to the origin of Yakyu-Ken.

Yakyu-Ken was created in October 1924. To celebrate the completion of a new baseball ground in Takamatsu City, neighboring baseball teams were invited to a tournament. The Iyo Railway Electric team from Matsuyama City took part but lost to a baseball team from Takamatsu.

There, Maeda, an Iyo Railway manager, and a willow writer improvised a song and dance and passed it on to his teammates. Their dancing with the song and shamisen by the Iyo players covered baseball uniforms made the reception so exciting. This was the beginning of Yakyu-Ken.