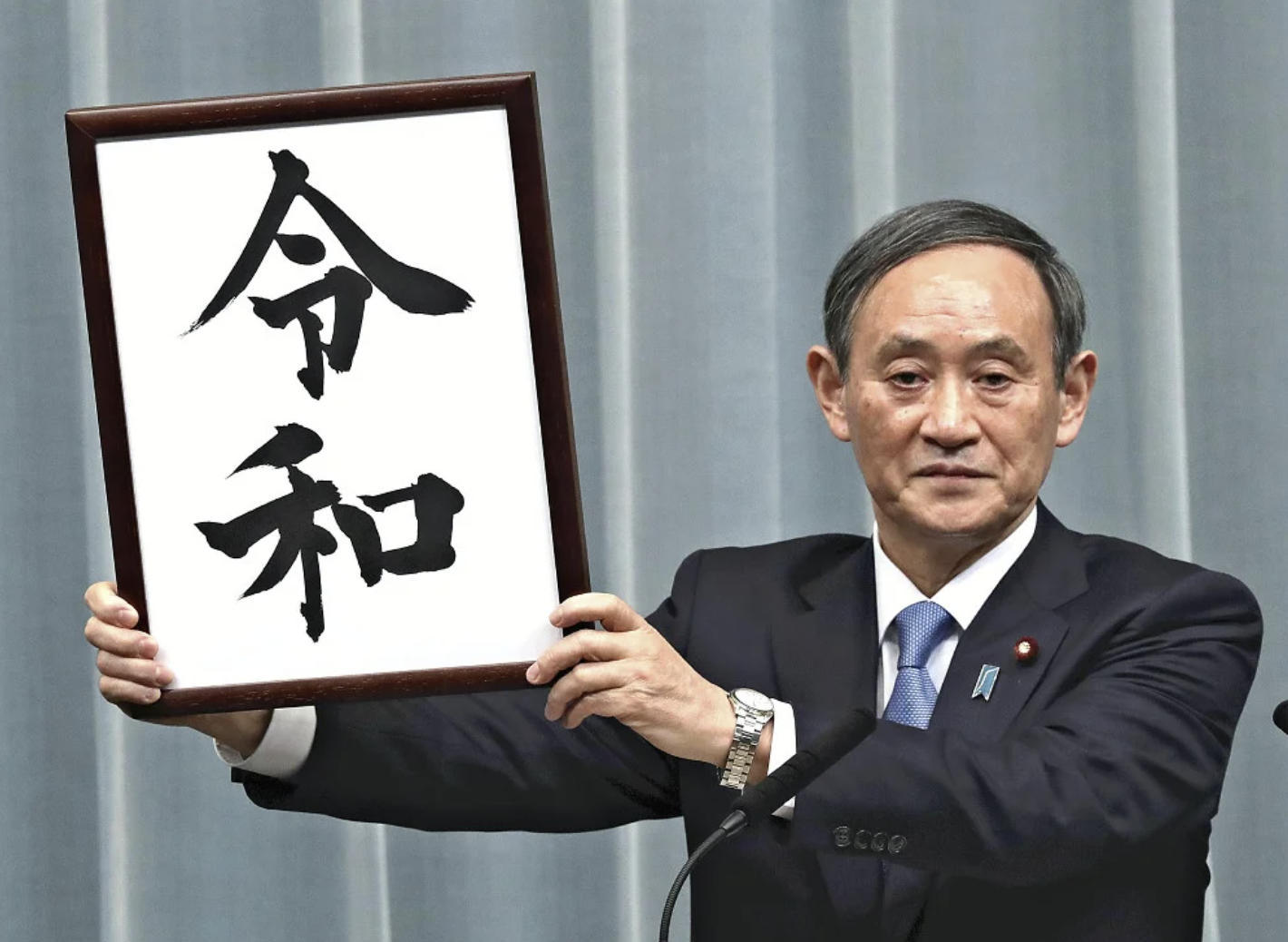 Japanese “Gengo” is the only culture in the world that has been handed down only in Japan as era names. The 248th “Reiwa” is currently in use, but a look back at the past era names may provide some insight into Japan’s history and culture.

The “Gengo”(“元号”) is a title attached to a specific period of years. This title is changed with the accession or reign of the monarch of the period and with changes in administration, which is called “Kaigen” (改元).” By “Gengo”, the monarch indicates that he or she rules not only over space but also over time.

The first use was in China. Dating back to 115 BC, at the beginning of the reign of Emperor Wuhan of the Former Han Dynasty, Jian Yuan (140-135 BC) was used. The Gengo spread from China to other Asian countries, such as Korea, Vietnam, and Japan. In particular, Korea used the same titles as China.

However, the number of countries that use the Gengo has decreased over time, and even China has abolished it after the Xinhai Revolution. Currently, only Japan uses it as the name of the Japanese era.

How is the Japanese Gengo Determined?

Originally, the Gengo was set by the emperor, who could change it many times, even under the same emperor.

However, in 1867, when Japanese politics was returned to the Imperial Court from the Tokugawa shoguns with “Taisei-Hokan”, the method of deciding on the era name also changed. The following year, 1868, a law was enacted stipulating that one generation of the same emperor would have the same Gengo.

This provision has been interpreted as having lost its legal basis after the Second World War, but the “Gengo-Law” was re-enacted in 1979 in the hope that it would become law during the lifetime of Emperor Showa.
This law consists of two sections as below:

Japan’s era name “Gengo” changed from Heisei to Reiwa in 2019. This was due to the abdication of the throne from Emperor Heisei to Emperor Konjo. This is not unusual in itself, as 59 of the last 125 successions to the throne have been by abdication, but the last time was in 1817, so it had been a total of 202 years since the last abdication.

The selection was entrusted to a number of experts, and the Japanese Government made the final decision from among several drafts, but strict precautions were taken to ensure that no information about the experts, the process or the drafts was leaked. In fact, the information on who prepared the drafts is still not known to this day.


The History of “Gengo”

When did the Japanese Gengo start?

The Japanese Gengo has begun in 645. At that time, Japan sent envoys to the Tang Dynasty to learn about and bring back the culture and institutions of the country, which was an advanced one. Some of these students also brought back Chinese “Koyomi”(暦) along with them.

Koyomi is a way of dividing time into units such as days, months and years, and assigning them numerically or verbally to make them easier to understand, while China at that time used Gengo as a way of counting the years.

In 645 A.D., political reforms took place, led by Nakano-ohe-no-ohji and Fujiwara-no Kamatari, in order to change the politics centred on local powerful families to law-enforcement ones. The reform is known as the “Taika-no-Kaishin”, named after the first Japanese era name “Taika”.

For what reasons were the Gengo changed?

Since the Meiji era (1868-), the Gengo has only been changed when there was a succession to the throne in accordance with the law, but what were the reasons for the change before that?

In fact, the change’s rules were not determined, but were often due to the will of the authorities of the time, who wanted to reset or renew the previous era.

Hence, it is said that the Gengo was changed in the event of natural disasters such as earthquakes, fire or famine, or conversely when beautiful white pheasants or gold was presented to the emperor.

What is the origin of the era name?

And the fact that most of these sources were from old Chinese books, but the newer “Reiwa” was from the Manyoshu, an old Japanese book, was also a major topic of discussion.

The Gengo has long been associated with the life and culture of the Japanese people. Even today, dates on official documents and licences are often dated using them rather than the Western calendar. Hence, historical events and things can also be found with them as part of the name. 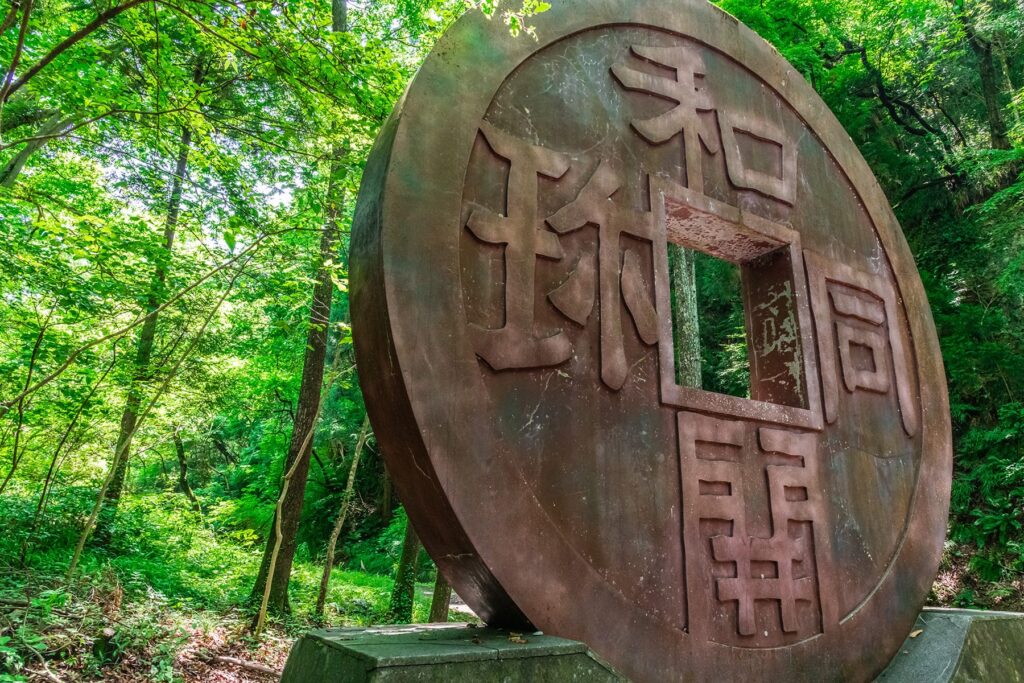 Wado was the last Gengo of the Asuka period, covering the era 708-715. In this first year, Japan’s first official minted coin was produced. This was the Wadokaichin. It was made from copper produced in the country, but the coin did not circulate as well as expected. Eventually, the raw material copper became scarce and of poor quality, so people lost confidence in the coins and they fell into disuse.

It was only after the Sengoku period that currency was manufactured again, and until then money imported from China was used.

Until the first half of the Edo period, the center of Japanese culture was dominated by the upper classes, such as the Daimyo and the Kuge. However, as the second half of the Edo period approached, the monetary economy flourished along with peace within Japan, and townspeople with economic power began to appear. A new merchant culture emerged, in which these people were devoted to study and entertainment, and were active in genres such as painting, literature, and horticulture.

It was a period that saw the birth of a succession of prominent figures in the history of Japanese art, including Ogata Korin (Yamato-e), Matsuo Basho (haiku), Ichikawa Danjuro (Kabuki), and Ihara Saikaku (writer). 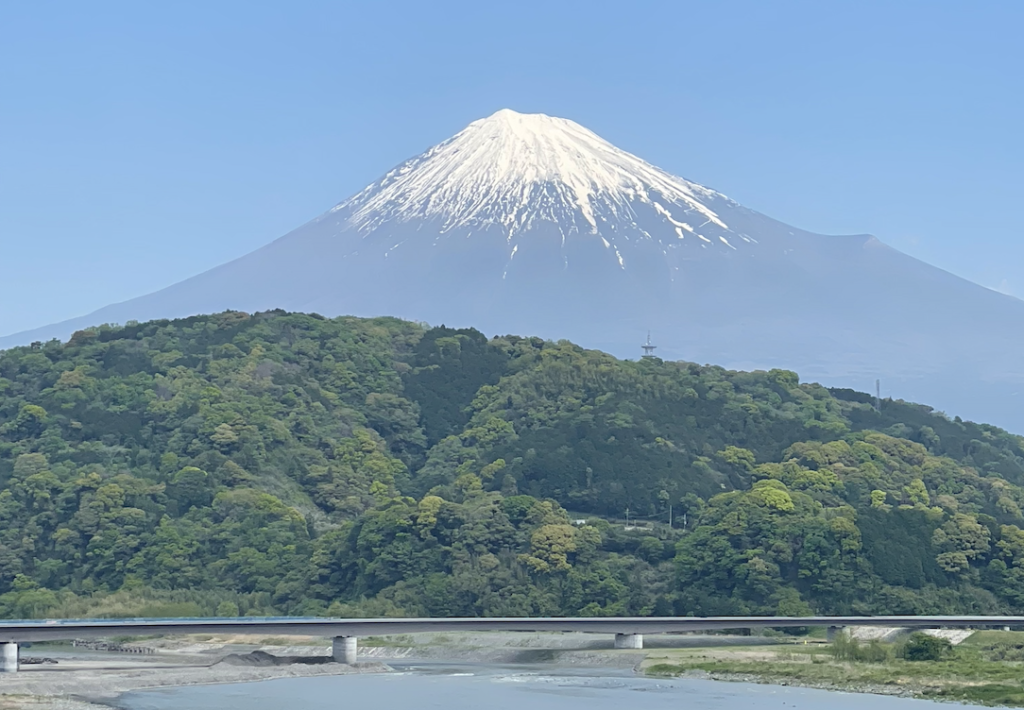 Mt.Fuji is known as one of the most beautiful mountains in the world. Fuji is 3,776 m high and very popular with climbers. However, it is in fact an active volcano. 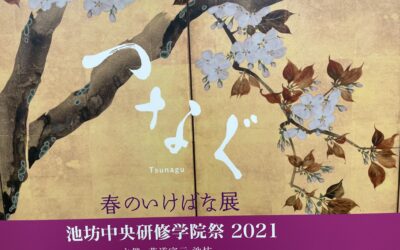 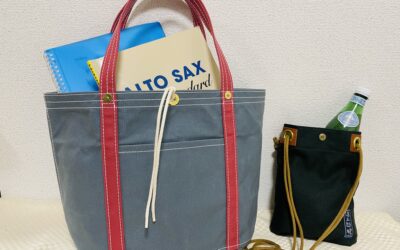