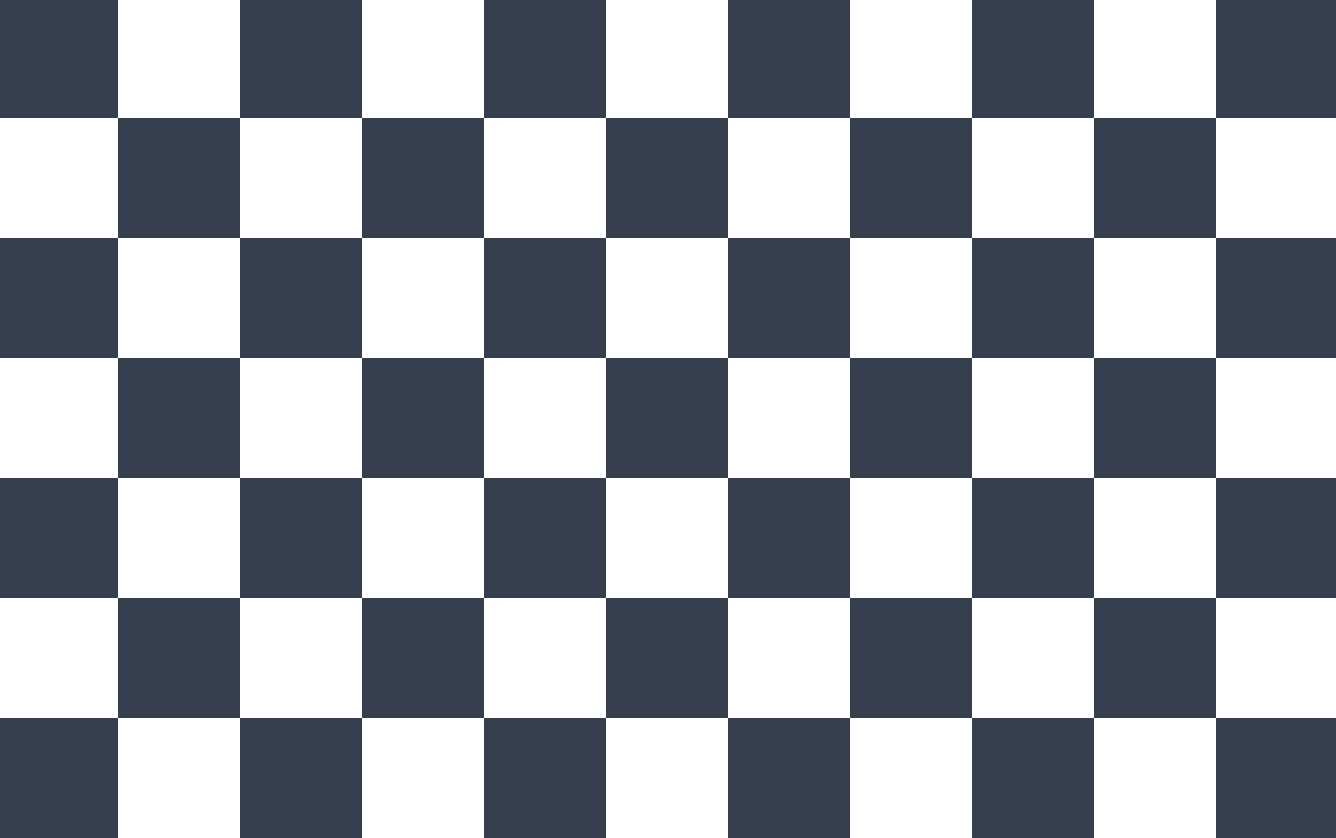 “Ichimatsu-Moyo” is the name of a checkered design that has historically been loved all over the world. It is a pattern in which the eyes of the lattice are lined up in different colors, and since the same pattern continues unbroken, it is said to have the meaning of prosperity.

Adopted as the emblem for the Tokyo Olympics 2020

For the Tokyo Olympics, the emblem was based on this “Ichimatsu-Moyo” and combined with three differently shaped squares. This emblem conveys the message of “diversity and harmony,” that is, to connect with each other in a way that transcends differences in countries, cultures, and ideologies.

The use of indigo, a traditional Japanese color, is also impressive. 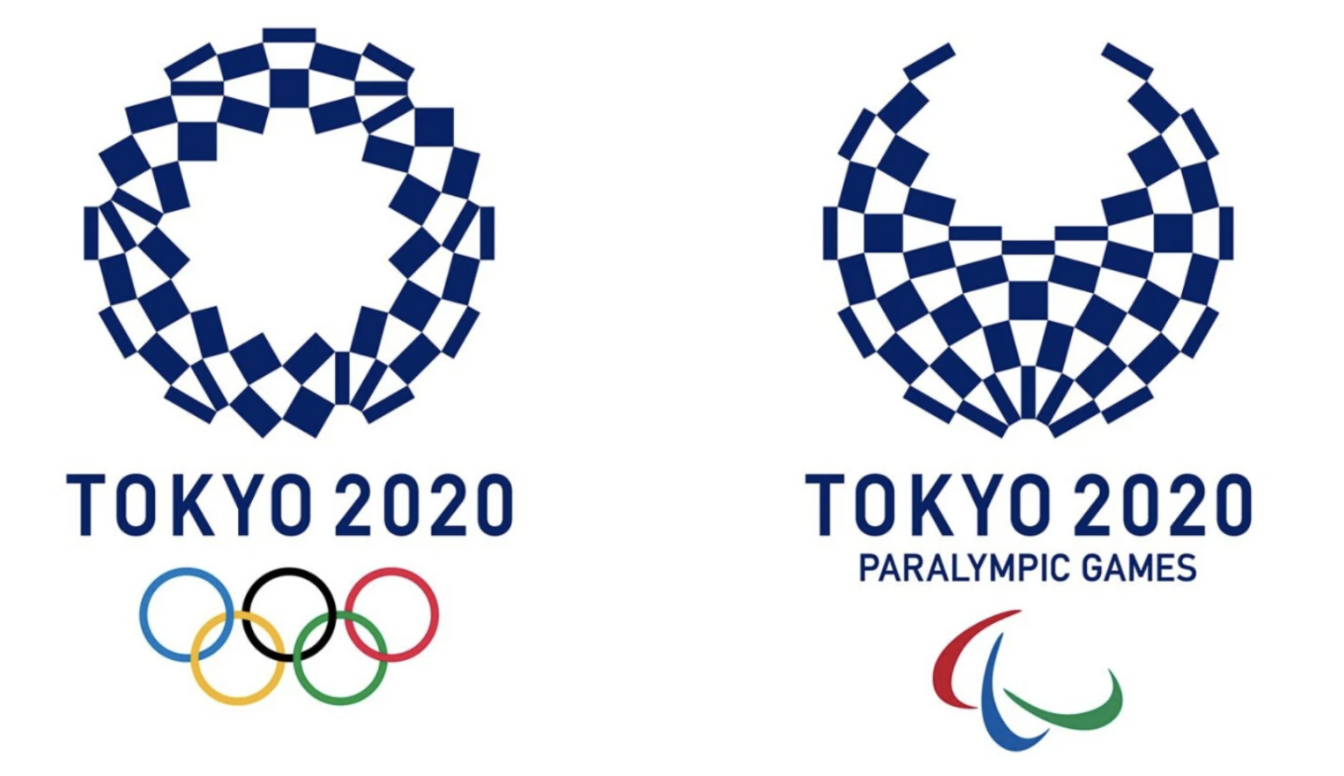 Used in luxury as a modern design

“Ichimatsu-Moyo”, with its two colors regularly arranged in a grid, gives a very modern impression and is often used in luxury products and spaces worldwide. 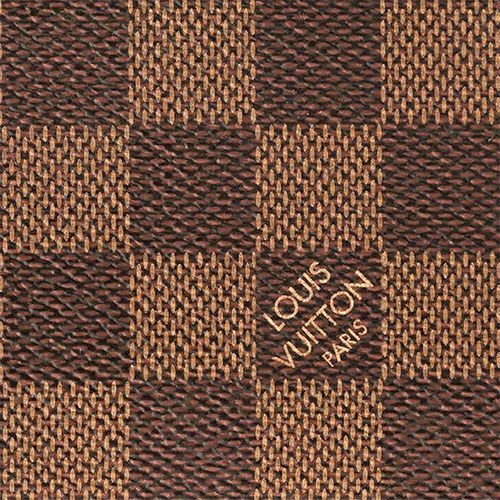 This is also used in the design of luxury hotels. The photo below is of a room at Ace Hotel Kyoto. 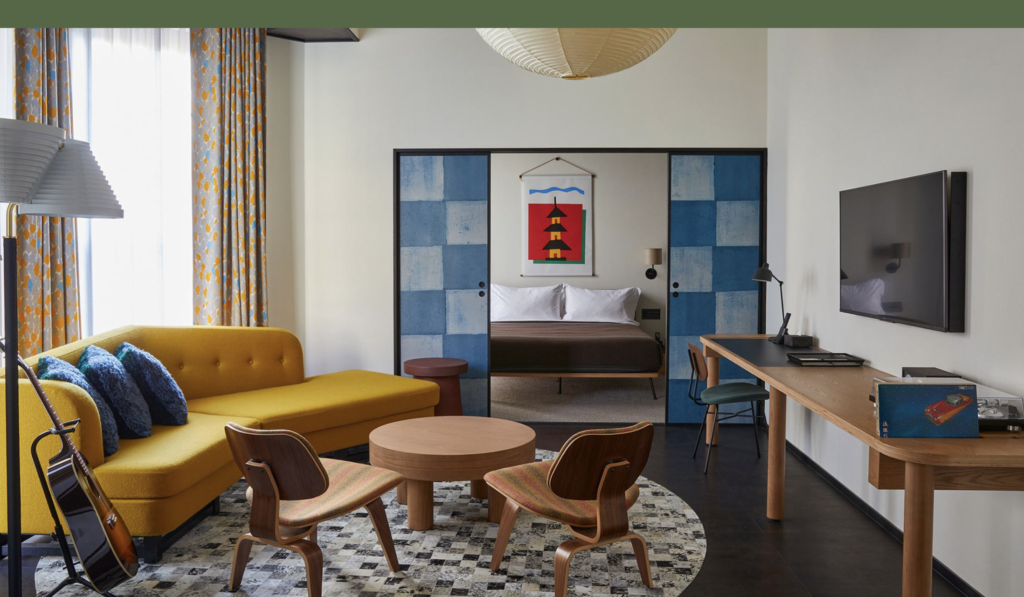 A Hot topic in one Anime

“Ichimatsu-Moyo has been also used in the pattern of the kimono worn by the main character, Tanjiro Kamado, in the anime “Demon Slayer(Kimetsu-no-Yaiba)”, which became a big hit in theaters in 2020. 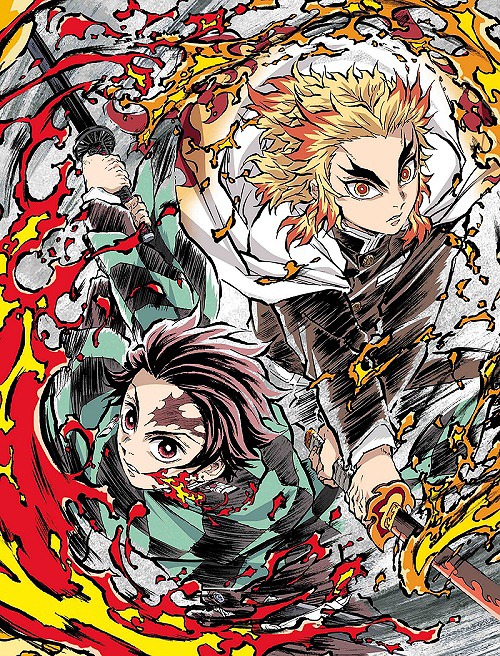 Let’s get to know the top Japanese anime, Demon Slayer(Kimetsu-no-Yaiba)!


Origin of the name “Ichimatsu”

The origin of the name “Ichimatsu-Moyo”, comes from “Ichimatsu Sanogawa,” a popular female Kabuki actor in the Edo period. 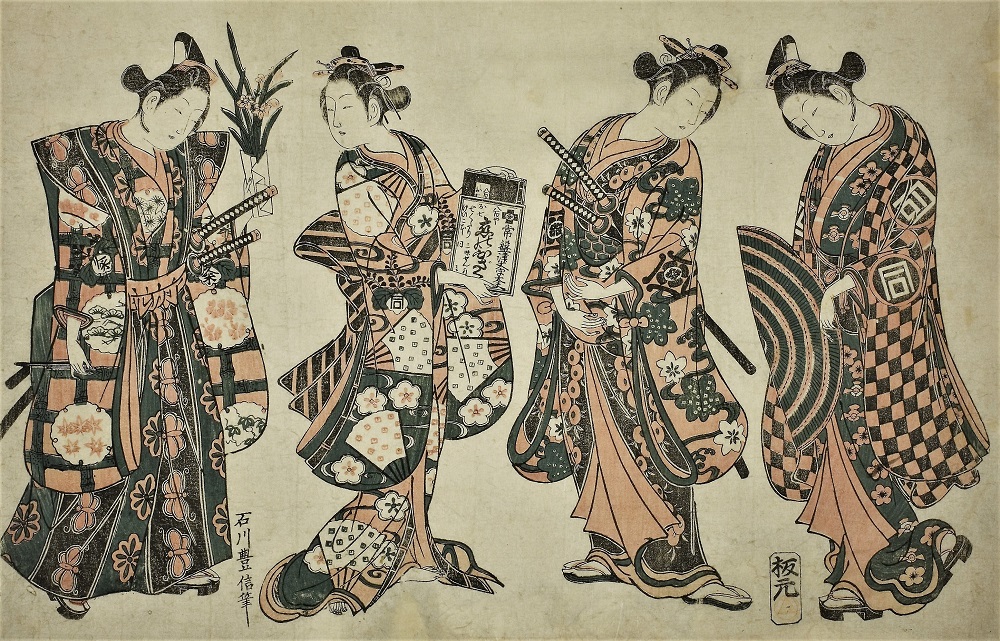 Sanogawa Ichimatsu on the far right

As a stage costume, Sanogawa wore a hakama with a white and navy blue checkered pattern, which became very popular among women.

One of the most famous works by Kitagawa Utamaro, an ukiyoe artist of the Edo period, is “Woman with a Glass Noisemaker(Popen)”. The pattern of the kimono worn by the woman in this painting is exactly the “Ichimatsu-Moyo”. Women in the Edo period were very fashion-conscious, and this pattern is finished in a cherry blossom color.

“Woman with a Glass Noisemaker”

This pattern was called a cobblestone pattern in those days, but with the existence of Sanogawa Ichimatsu, the name had changed to “Ichimatsu-Moyo” or “Ichimatsu-Koushi”.

Japanese gardens, a symbol of wabi-sabi, are also designed with “Ichimatsu-Moyo”. Let us introduce two of the most representative gardens.

Tofukuji temple is the head temple of the Tofukuji School of the Rinzai sect of Zen Buddhism. It was built in 1236 on the instructions of Kujo Michiie, the great statesman of the Kamakura period, who desired to build in Kyoto a temple complexes in Nara. Even its name, Tofukuji, is a combination of one character from the names of each of these Nara temples.

Its original buildings were burned but were rebuilt in the 15th century according to the original plans. About this time it flourished as one of the Five Great Temples of Kyoto. Its many compounds and sub-temples survived the ravages of war and fire until the late Meiji period when the Butsuden (Buddha hall) were burned. However, it even now retains the magnificent scale characteristic of a medieval Zen temple. 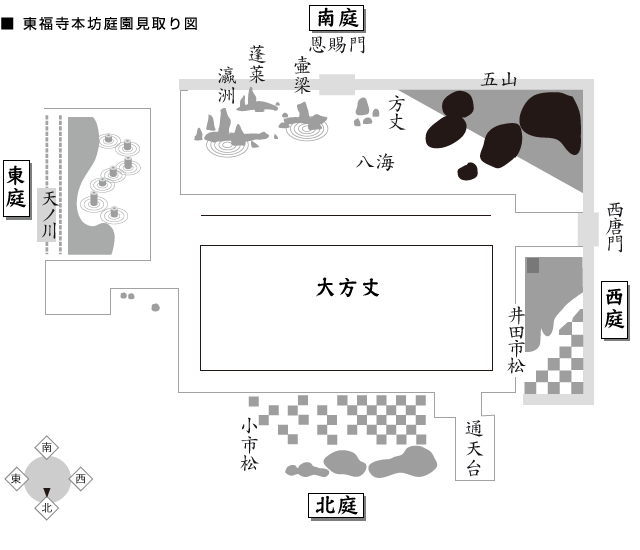 The four directions of the garden were designed as follows: the Big Dipper in the east garden, the four sacred islands, the five mountains of Kyoto, and Sumiyama in the south garden, the large Ichimatsu-Moyo representing Ida in the west garden, and the small Ichimatsu-Moyo using moss and stones in the north garden.

It is said that these gardens were created based on unique and new ideas that were not found in the conventional design forms of Japanese gardens. This was due to the fact that the materials used were recycled from within the temple. It is said that the unconventional Ichimatsu-Moyo was incorporated as a result of the maximum pursuit of beauty within the constraints.

Katsura Rikyu Palace was built by Prince Toshihito of Hachijo-no-Miya, the uncle of Emperor GoMizuno who built Shugakuin Rikyu, and the second Prince Toshitada. The construction of the palace began in the early Edo period (around 1615) and was completed in 1622, making it a valuable garden where buildings from the time of construction still exist.

It is said to be beautiful wherever you look, and is called the pinnacle of Japanese gardens. The garden is now under the jurisdiction of the Imperial Household Agency, and reservations are required to visit.

The Shokintei Tea House in the Katsura Rikyu Palace is said to be the most prestigious tea house in the garden, and in the Ichi-no-ma (first room), Japanese paper with a blue and white Ichimatsu-Moyo is used for the sliding doors. 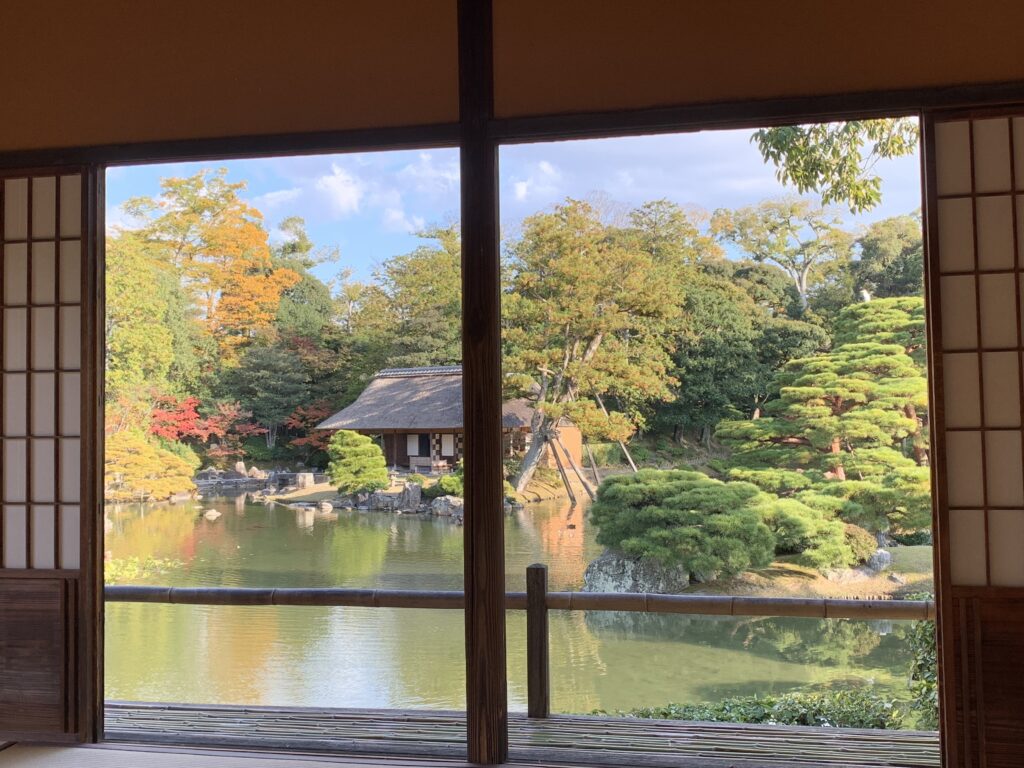 Ichimatsu design that blends in with everyday items

Ichimatsu-Moyo is used not only in luxury, but also in everyday items. In particular, traditional Japanese crafts excel not only in usability and durability, but also in design. Let’s take two representative examples. 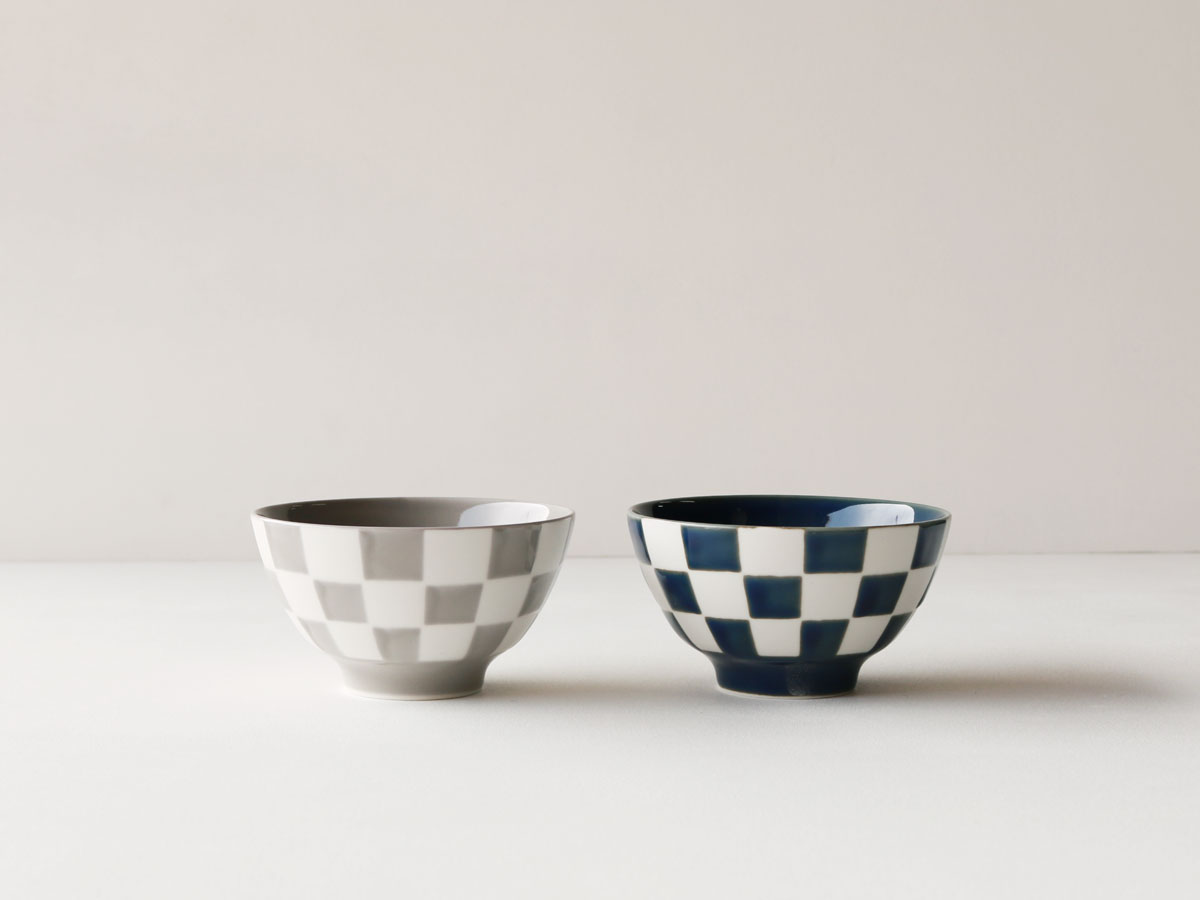 Arita-yaki porcelain was originally produced in the town of Arita in Saga Prefecture, and is also known as Imari-yaki, from the name of the port where it was shipped. 400 years old, it is the oldest porcelain in Japan, and has been exported by the East India Company to Cambodia, Vietnam, the Middle East and Europe.

Arita-yaki porcelain is made by making porcelain clay from a stone called pottery stone, forming it, covering it with glaze, and firing it at a high temperature of 1300 degrees Celsius for over 17 hours. The porcelain is light, hard and durable, and features a beautiful white color that was once praised as “white gold” by European aristocrats. In the “Sometsuke” process before firing, colored cobalt is applied to a white background to create patterns.

Arita-yaki is used to make a wide variety of dishes, such as plates, bowls, and cups, as well as flower vases, which are mainly used in daily life. Recently, many interior decorations have also been produced due to its design.

Arita-yaki ware often uses indigo for the pattern, which creates a perfect harmony with the white base color. This color combination is perfect for expressing Ichimatsu-Moyo, and many Arita-yaki ware pieces are decorated with them. 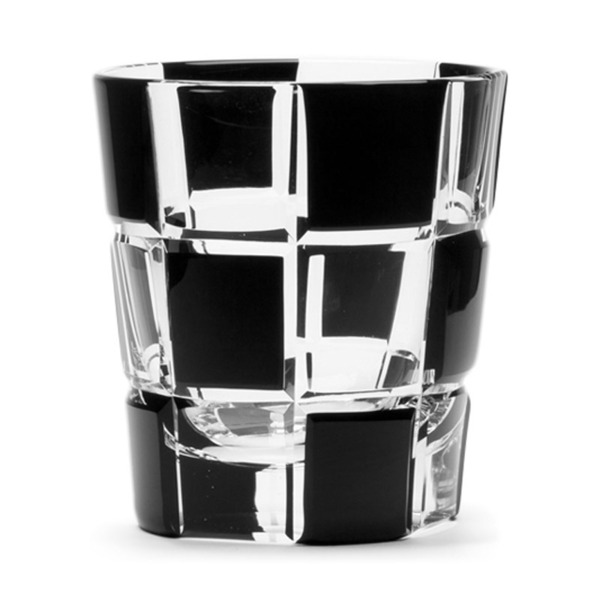 In the late Edo period (1603-1867), Kyubei Kagaya, a beadwork maker in the Oodenma-Cho district of Edo, is said to have started Kiriko work that we know today as Edo-Kiriko. Kiriko is a type of cut glass characterized by beautiful patterns created by cutting into the surface of the glass.

Edo-Kiriko, which was nurtured in the culture of the townspeople, retains a strong sense of the Edo period, and many of the excellent designs and techniques have been handed down by Kiriko craftsmen without interruption to the present day. 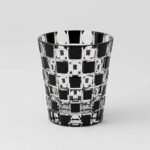