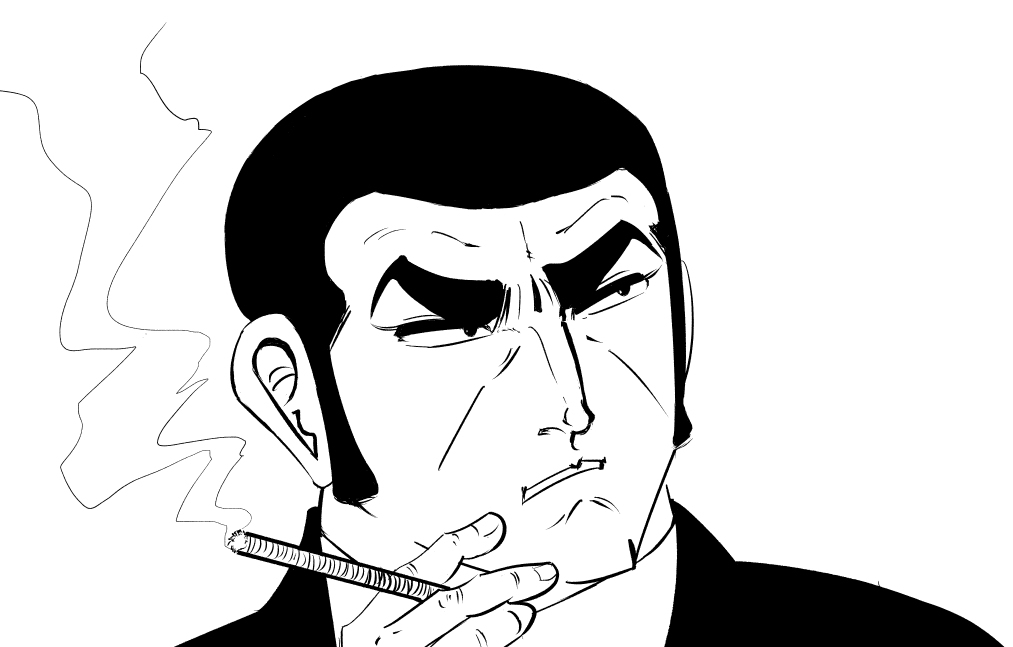 On September 24, 2021, the Japanese Gekiga artist, Takao Saito, passed away at the age of 84. We pray for his soul resting in peace and would like to introduce three of the best works left by Japan’s King of Gekiga, Takao Saito. 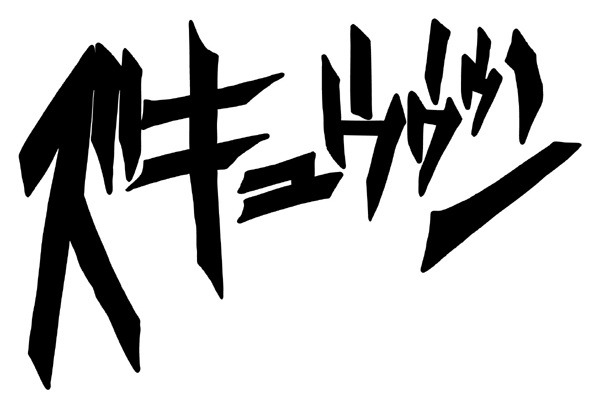 The term “Gekiga” was coined by manga artist Yoshihiro Tatsumi around 1957. At that time, manga was considered to be content for children, but it is said that Tatsumi used the term to distinguish his manga for young people or adult people from manga for children.

Gekiga is characterized by dynamic lines, realistic perspective, and realistic backgrounds in manga with stories. It was Takao Saito who established Gekiga as a genre of Japanese manga.

And Saito divided up the work of creating manga before anyone else. He recognized early on that the talent to create manga and the talent to construct a story are two different things. This led to the birth of GOLGO13. 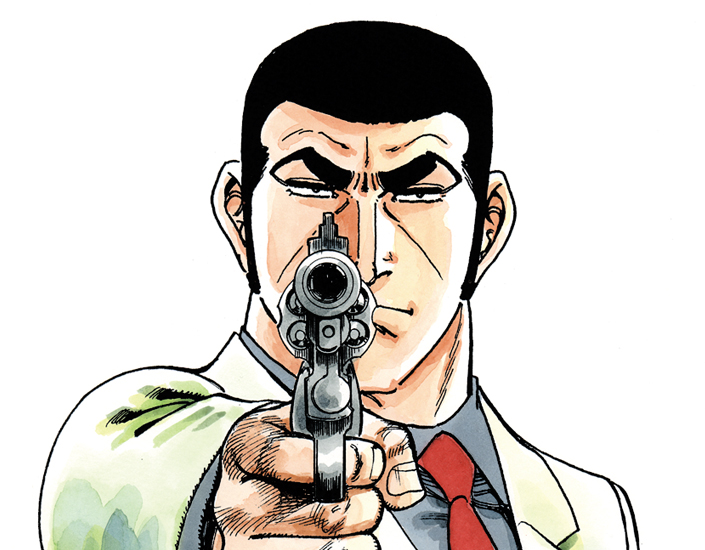 The most widely known of Saito’s works is undoubtedly GOLGO13. The “GOLGO13” series first appeared in “Big Comic” (Shogakukan) in 1968, and has been running for more than 50 years now. In both name and reality, it is one of the most famous manga for adult people in Japan, and a representative of the “Gekiga” genre.

What is even more remarkable is that the design of GOLGO13 has not changed much from the start of the series in 1968 to the present. This means that the Gekiga style of the 1960s has been inherited even today.

The basis of the story is very simple. The main character, GOLGO13, solves problems through terrorism by assassinating people with guns. Moreover, the assassination requires a huge amount of money, and GOLGO13 is 100% sure that the target of the assassination will be killed once he accepts the request.

From the sound of it, many people will not be inclined to read this book. Nevertheless, there is a reason why the series, which started in 1968, has been running for half a century without a break.

In addition to the wonderful pictures and composition, the themes and development of the stories are outstanding. In particular, the amount of information and ingenuity required to develop the story is outstanding compared to other manga.

The axis of the story is the assassin, the assassinated, and the person in between, GOLGO13. Therefore, many of the characters involved are powerful and famous people of the time. They are created against the backdrop of the political, economic, and military situations that actually exist in this world, and this is what gives the story a sense of truth.

In particular, the CIA, KGB, MI6, and other intelligence agencies of major industrialized countries are frequently mentioned. The last half-century has been a time of great geopolitical upheaval, and the work of these agencies has probably changed the world situation in more than a few cases. However, since all of these agencies act in secret, they are not familiar to the general public. Therefore, it is no exaggeration to say that you can learn about geopolitics by reading GOLGO13.

Who is GOLGO13, whose nationality, name and all other data are unknown? How did such a terrorist come to be? Is he Japanese? There are several stories that explore these mysteries, or the roots of GOLGO13, and they are extremely popular.

One of the reasons for this popularity is the inclusion of major figures from the early 20th century in the stories. For example, Rasputin, who is said to have contributed to the collapse of the Russian Empire, and Mao Zedong, who is called the founding father of China, are involved in the life of a person who is thought to be GOLGO13.

However, none of the stories succeed in uncovering the roots of GOLGO13, and all of the people who try to find his roots end up dead. The way the stories end adds to the mystique of GOLGO13.

GOLGO13 is traditionally taciturn and does not like to waste time talking. For this reason, the words he utters are very meaningful. The particularly famous word among GOLGO13 readers are as below:

This is what GOLGO13 said when he was asked about the conditions for success as a professional sniper. It may seem ironic that he, who is willing to do all kinds of preparation to perfect his job of assassination, cites “luck” as the most important factor.

However, if we consider that it is up to talent, hard work, and cowardice (cautiousness and humility) to make the most of luck, we can say that it is a truth that applies to professionals in other fields and even in ordinary business.

“If you had the means to turn this around, don’t talk nonsense, act.”

This means that “Evidence is better than debate”. In today’s rapidly evolving society, it has become an ironclad rule that we should act and embody rather than spend time arguing.

Since many of the words in GOLGO13 are applicable to business, many gutsy businessmen and leaders are impressed by his words.

ONIHEI-HANKACHO is a novel about a real Hatamoto, Hasegawa Heizo Nobutame, who served as a fire bandit reformer in the Edo shogunate from 1787 to 1795, and his struggles and interactions with his subordinates, family, friends, and rival bandits.

Takao Saito began serializing the novel as a Gekiga in 1993, and continues to do so in 2021.

The Japanese genre of Jidai-Geki (Historical drama) mainly refers to works that deal with the period from the Heian period (794-1185) to the Meiji Restoration (1868). The time period is not strictly defined, but most of the works deal with the Edo period (1603-1868).

Onihei Hankacho, which also deals with the Edo period, is based on a novel by novelist Shotaro Ikenami (1923-1990). It is rare for a historical drama to be based on a novel, and this work has been popular not only as a Gekiga but also as a TV drama for many years.

Heizo Hasegawa Nobutame was a Hatamoto who lived in the late Edo period. As a fire bandit reformer, he played the role of a special police officer who fought against evildoers. He is called “Oni-no-Heizo (=ONIHEI)” because of his top-notch swordsmanship in taking on heinous cases, and he is also a wise man who uses repentant former bandits as secret agents.

Realistic depiction of the Edo period

One of the charms of this work is the vividly depicted scenery and sexual customs of Edo.  The cityscape of the late Edo period, when the city was in its mature stage, is realistically depicted, and the description of cuisine is particularly wonderful.

In the Edo period, public bathhouses (group bathhouses) were mixed. In the Edo period, both men and women were more tolerant of exposing their nudity to the opposite sex than they are today, which is probably the reason why mixed bathing was so popular. 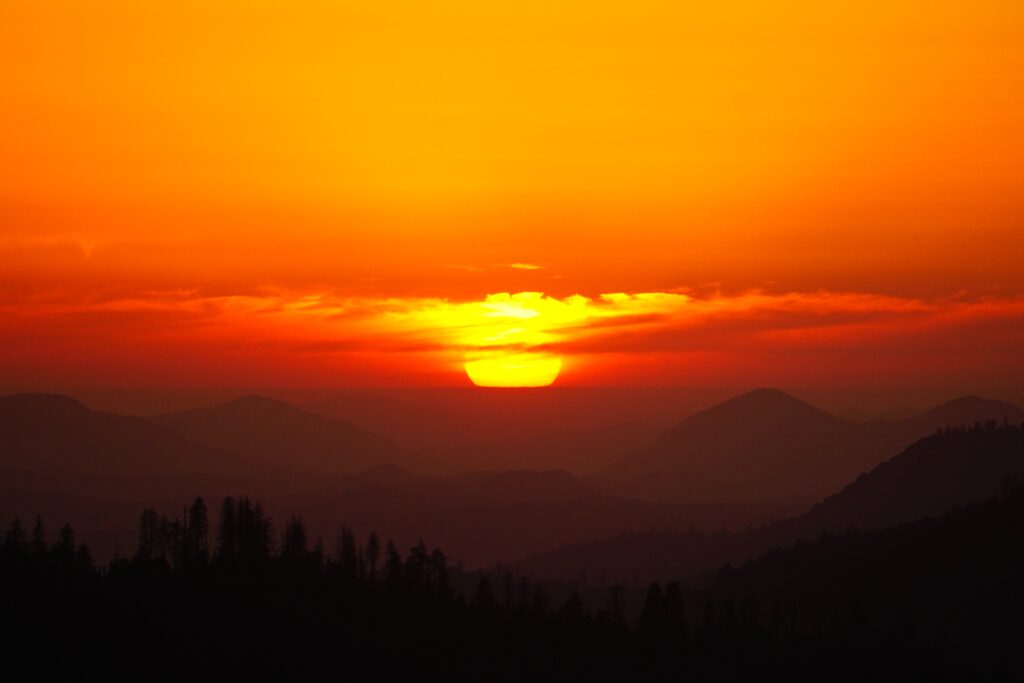 Japan Sinks is based on the science fiction novel “Japan Sinks” by Sakyo Komatsu (1931-2011), one of Japan’s most famous authors, and is a manga adaptation of the novel. This historical science fiction blockbuster, which has sold more than 4 million copies in total, has been depicted more powerfully in Takao Saito’s Gekiga.

Summer of 197x. An unnamed small island in the northern part of the Ogasawara Islands sinks to the bottom of the ocean overnight. Dr. Yusuke Tadokoro, a geophysicist, immediately goes to the site to investigate.

Together with Toshio Onodera, the pilot of the deep-sea research vessel “Wadatsumi”, and Assistant Professor Yukinaga, a marine geologist, Tadokoro dives into the Japan Trench and discovers strange cracks and turbulent airflow running along the seafloor.

At the same time, an earthquake occurred near the Izu Peninsula and Mount Amagi erupted, so the Japanese government decided to hold a reception with geologists to hear their opinions.

When Tadokoro is invited to the meeting, he talks about the possibility of Japan’s disappearance, but his fellow scholars in attendance laugh at him and do not take him seriously.

However, Watari, a political and business mastermind, is intrigued by Tadokoro’s theory, and calls in the prime minister to verify it, and secretly launches the “D-Project”.

In addition to Takao Saito’s Gekiga adaptation, this work has been released several times as a movie and anime. The sensationalism of a country sinking, which is not usually thought of, seems to attract people’s attention.