Have you ever heard of the animation “Grentizer”? This work is one of the Mazinger series. In Japan, Mazinger Z is well-known, but in the Arab world and Europe, the Grendizer is better.

The author of this work, Go Nagai, established the genre of ride-on super robot anime, in which the protagonist pilots a giant robot. However, another genre of animation has also made Nagai more famous, it is the battle sexy heroine genre. 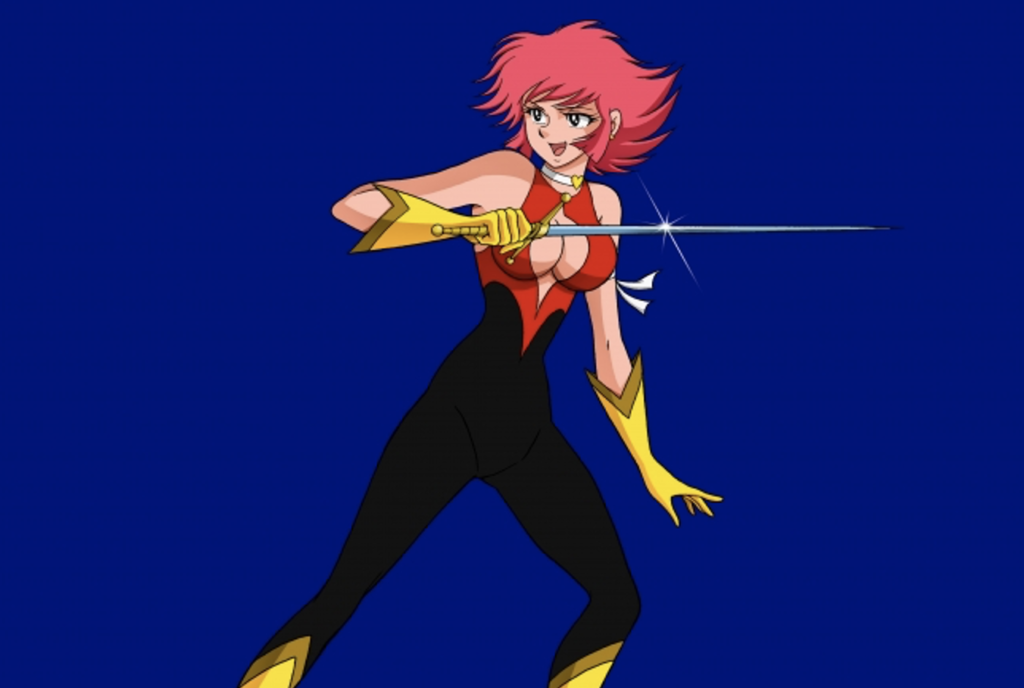 Cutie Honey is the name of a manga and anime series released as a media mix project by Go Nagai and Dynamic Production in 1973. Animations featuring transforming heroines have existed since the early days of Japanese animation, and many of them were about magical girls including Witch Sally and Majokko Meg-chan.

The Witches genre of animations was clearly aimed at young children, and this one, with its fighting heroine, was a different beast.

However, it goes without saying that this work was the forerunner of many anime depicting fighting heroines, such as Nausicaa of the Valley of the Wind and Pretty Soldier Sailor Moon, which have emerged since then.

She is an Android.

Kisaragi Honey is a “tomboy” girl at St Chapel’s Academy and a daughter that Dr. Kisaragi, a robotics researcher, loves.

One day, their home was attacked by the global crime syndicate Pantherclaw, which came for an “airborne elemental fixation device” that can combine any element in the air at will to create anything it desired, developed by Dr. Kisaragi, who was consequently killed by them.

Faced with the death of her father, She noticed from the doctor’s will that she is an android created by him and the ultimate device is hidden inside her own body. The story is that Kisaragi Honey fighting Panther Claw as Cutie Honey in order to keep her father’s will to protect his ultimate device in her and to avenge him.

A Secret Behind the Transformation

Kisaragi Honey can transform freely into any form by operating a switch on the heart part of her neck choker, and can show her professional abilities in each form.

The ultimate warrior style among them is “Cutie Honey”. In this form, she has four times more ability in running, arming, and jumping than general humans, and is also able to use other weapons such as the long sword and silver fleurette, and can even run through walls and ceilings with her anti-gravity boots.

At first, her transformation enthused the girls at the time. The target audience for most anime at the time was the younger generation, but Honey’s sexy costumes after her transformation have thrilled adolescent girls. A lot of girls still turn up at cosplay committees dressed as Cutie Honey, and many products of Honey’s cosplay are still available.

In fact, the creators of the works later said that this sexiness that satisfied men’s sexual desire was the essence of them, for which they made Honey an android and created a system called the Aerial Elemental Fixation Device.

Despite the popularity of the works, these initiatives generated suggestions that they were detrimental to children’s education, resulting in a short-lived first edition of both the cartoon and the animation. 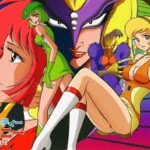 Why The Devilman has been called “traumatic” Manga

Devilman is said that is the best-known work of Go Nagai and the greatest one in Japanese manga history. Furthermore, this work has had a profound influence on others, such as Evangelion and Kiseiju.

The first feature is the relationship between manga and anime. Usually, anime is adapted when the original manga becomes popular. In the case of Devilman, the manga’s publishment and anime’s broadcast started at the same time. In addition to this, they were completely different in content.

The second one is the character of Devilman. It means humans whose minds are not controlled by possessing daemons, who are the Earth’s pre-humans having awoken from their two-million-year slumber and resurrected to try to take the earth back from humanity.

The third, most important feature, is the question that who is the devil by this work, which had depicted the main character, Akira Fudo, who becomes Devilman in order to save humans from daemons, but struggles with whether his enemy is really daemons or not.

Ultimately, this conflict and the battle between daemons and humans reached a shocking and destructive climax, which is why it has been called the most traumatic manga in Japanese manga history. 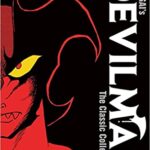 Devil Lady born in the process of human evolution

This work is about the crisis of human extinction same as the Devilman mentioned above.

Jun Fudo, a high school teacher, has long had trouble suppressing her subconscious fighting instincts. One day, when she was attacked by a monster, she transformed into Devilman Lady, a beast with a human heart. Along with Jun’s conflicts, this work tells the story of the battle between the human bestialized monster Devil Beasts and Devil men with human hearts.

In the work of Devilman, Akira Fudo’s transformation was due to merge with a daemon “Amon”, but in Devilman lady, Jun Fudo’s one was due to the awakening of the Beast Factor that was dormant in her own body.

But this story’s backbone is that the birth of the Devil Beasts is a process of human evolution in response to the population explosion, food crisis, and other problems facing humanity.

Devilman Lady basically takes the form of a gender-swapped version of Devilman’s setting but can be said to form a “parallel world” to Devilman. As already mentioned, the daemons in Devilman were the Earth’s pre-humans, but the beasts in Devilman Lady were born in the process of human evolution.

There is also a contrast in how they came to be Devilman. Jun Fudo awakened as Devilman lady after being attacked by beasts, which were set up by Ran Asuka. Meanwhile, Akira Fudo was invited by his best friend Ryo Asuka to become Devilman himself. There are many other items that form a symmetry, such as their characters and conflicts.

Another interesting aspect is the association with the other works of Go Nagai. This work gradually approaches the center of the story, involving Akira Fudo and Ryo Utsuki in the Demon King Dante. In the process, the existence of Devilman was a manga world in the Devilman Lady.

These interesting buildings of symmetry and relationship are too much essential to Go Nagai’s works. 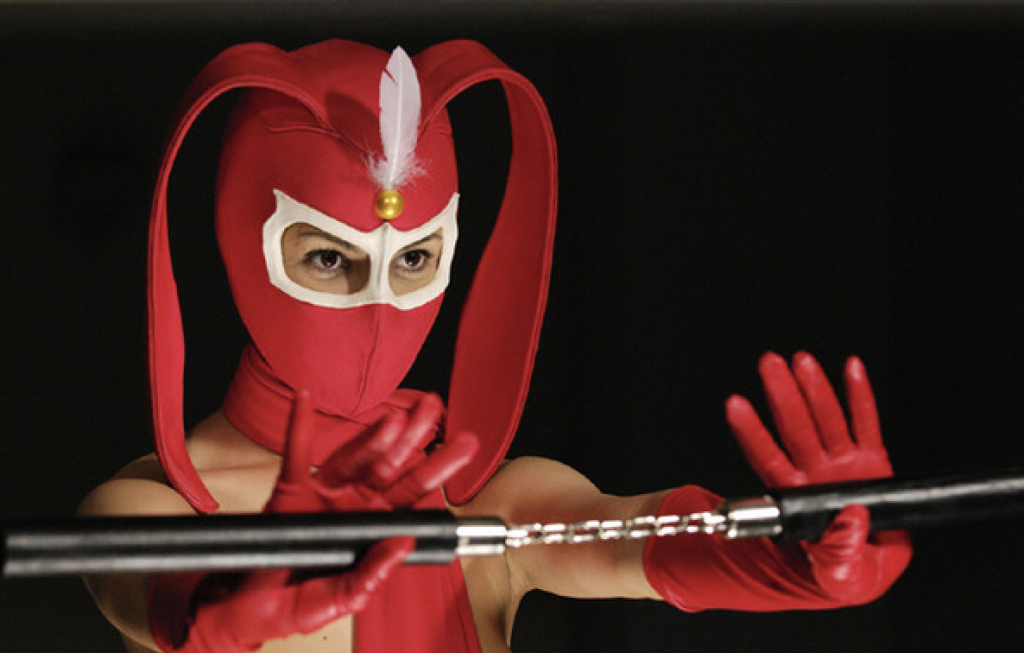 “All don’t know who she is, where she is, but all know her body.”

Kekko Kamen is an action-comedy work by Go Nagai with a strong parody element, in which a naked girl acts as allies of justice, based on social problems seen in the Showa era, such as examination wars and Spartan education.

His works have an impression of serial themes, such as the Devilman, but he has originally produced many comedy works. This work is so sexually explicit but so ridiculous that it has frequently been remade into live-action films, making it an oddity in the Japanese film industry.

By the way, “Kekko” is a Japanese word, which is translated to “well-performed” in English. Somehow, Enemies defeated by her faint with the words “Kekko…”.

A Parody of  “Gekko Kamen” 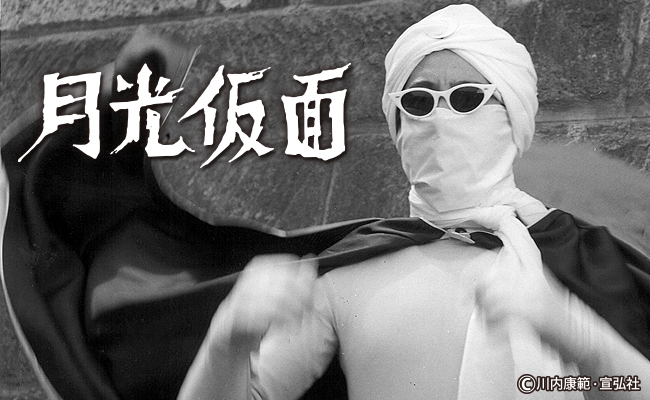 In fact, the intonation of the word Kekko Kamen was very familiar to the Japanese, because “Gekko Kamen” was enormously popular in the 1960s, the early days of Japanese television broadcasting.

This is also the original Japanese hero program. Its style, which combines elements of period drama and detective work, has had a profound influence on subsequent hero programs. Gekko Kamen is an “ally of justice” who dashingly appears before people in danger by the bad guys.

He has superhuman leaping powers and the ability to appear elsewhere at a moment’s notice, but we do not know who he is or even whether he is human. And the lyrics that are played when he appears are as below: