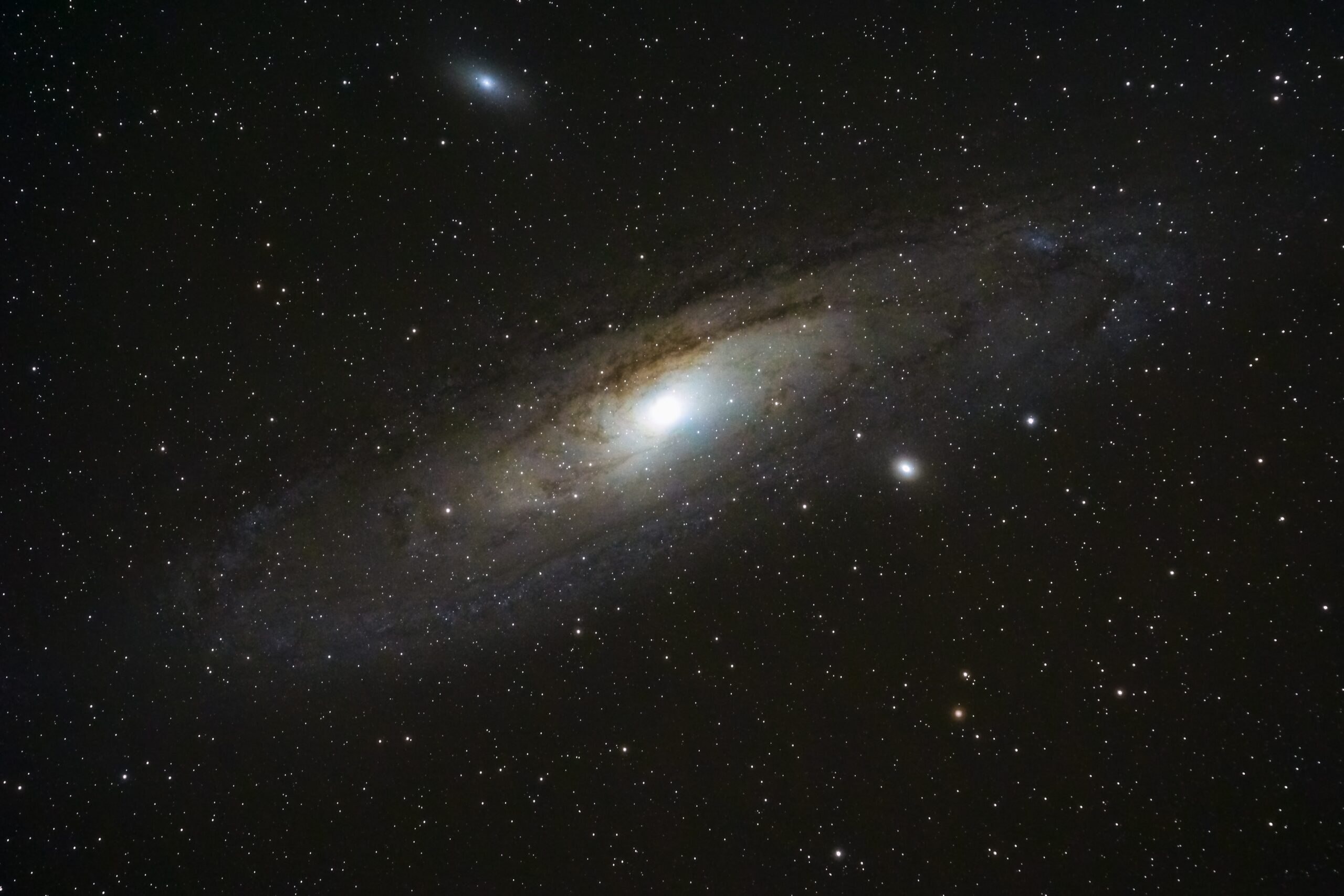 It would not be an exaggeration to say that Japanese anime was popularized by the works of the 1970s. In particular, “Space Battleship YAMATO” and “Mobile Suit GUNDAM” changed the generational composition of anime viewers and the business related to anime. Let’s take a closer look at the appeal of these two anime works. 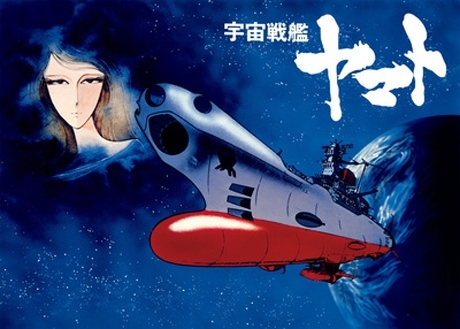 The story of “Space Battleship YAMATO” is set on Earth in the year 2199 AD. On Earth, where all the oceans have dried up, life is in a near-dead situation.

In addition, the earth has been contaminated with radiation due to indiscriminate attacks by planetary bombs from the planet “GAMILON”, which is trying to invade the earth, and the surviving humans are hiding underground.

As the radioactive contamination spreads underground and the origin of the human race is only one year away from extinction, a message of salvation arrives from the distant planet “ISCANDAR”. The battleship YAMATO, which sank to the bottom of the ocean during World War II and is now in ruins, is converted into a super high-speed space battleship, and the people set off for ISCANDAR to obtain the radiation removal device, “Cosmo Cleaner”.

The setting of an invasion from another planet, the destruction of the earth, and the remaining people fighting for the destruction of the human race is a motif that has been used repeatedly as a typical narrative in science fiction novels and movies, and is not unusual.
What made YAMATO superior was that it was an anime that targeted adults as its audience.

Most of the popular anime of the time were basically aimed at children, and the originals were “Manga”. YAMATO overturned this common sense and began broadcasting as a TV animation, targeting viewers of high teens and older.

At the beginning of its broadcast in 1974, it was overshadowed by other popular ones for children and failed to gain support, but the theatrical movie (1977), which was a re-edited version of the original, gained great support. On the first day of the movie’s release, for the first time in the history of Japanese movies, there were all-night waiting lines.

It can be said that YAMATO was an extremely epoch-making work that broke down the conventional notion that anime is for children. Subsequent generations of anime were deeply influenced by YAMATO.

Commitment to the YAMATO Sound

Another reason for Yamato’s popularity was the sophisticated integration of story, sound, and music.
In 1974, five years after Apollo-11 landed on the moon, people’s curiosity about space was spreading rapidly.
In order to create a sense of realism for the story unfolding in space, a lot of thought was put into it.
For example, the sound effects when YAMATO moves, such as when it launches and when it fires the Wave Motion Gun, are not just simulated sounds, but the sounds of real ships.

And most importantly, the B.G.M.’s that matched the scenes were excellent. There are many people who have not seen any of the Yamato movies, but have heard them. They are the “Space Battleship YAMATO Symphony Suite”.

The music is designed to make the viewer feel the sorrow, joy, and elation of the characters in YAMATO. In particular, the opening theme song, which is used when YAMATO launches, is a perfect blend of the orchestra’s up-tempo melody, Kazuko Kawashima’s scatting, and the austere voice of Isao Sasaki, a master of anime songs, “Anison”.

This song is also very often used to cheer on high school baseball games, which are very popular in the summer of Japan.


GUNDAM’s attractiveness is born of its complexity 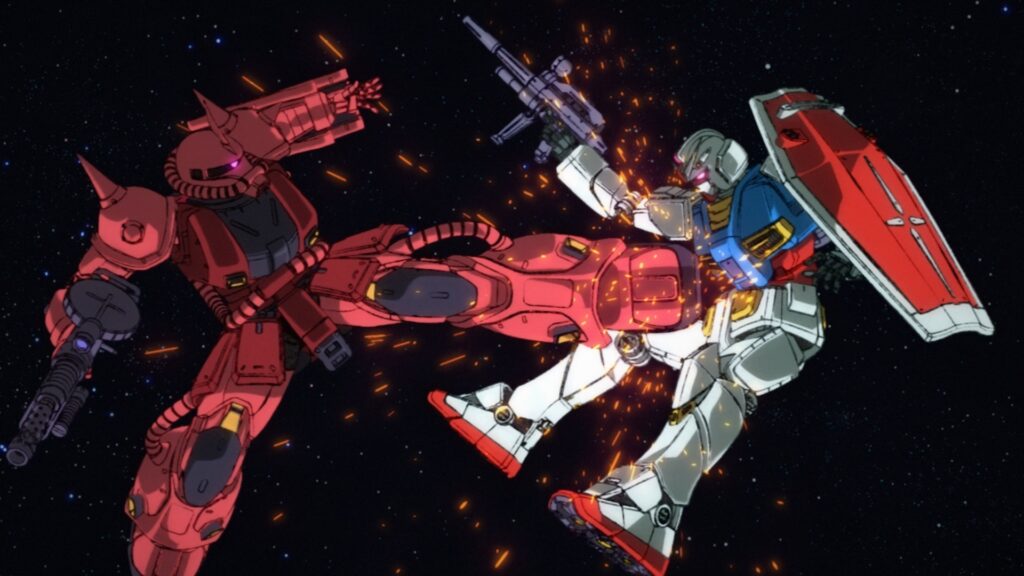 Mobile Suit GUNDAM is set in the year 79 of space history, more than half a century after space immigration to space colonies began. The Principality of Zeon, which aims to gain independence from the Earth Federation Forces, has overturned the difference in national power by using innovative technology such as mobile suits, and has gained the upper hand in the war between the two sides.

The Earth Federation were trying to recover from this inferiority by developing the GUNDAM. After receiving this information, Zeon’s Char Aznable sends a scouting party to the space colony where the development base is located, but the scouting party goes out of control and an accidental battle ensues.

Amuro Ray, a 15-year-old boy, is caught up in this. By chance, he finds a Gundam under development and its manual. Amuro, who loves to tinker with machines, gets into the GUNDAM and destroys the reconnaissance team.

This is a story about Amuro, who is nominated to be the pilot of the GUNDAM, and how he grows up with his friends through battles, while having troubles and conflicts.

Compared to YAMATO, which has a clear enemy and ally, GUNDAM’s casting is more complicated. The main character is Amuro, but it is by far Char Aznable who has won the hearts of the viewers. Char was a great strategist despite being the enemy, and his coolness and charisma had the world’s high teens, especially girls, hooked.

The superhuman intuition, insight, and other abilities that Char and Amuro demonstrated in battle became the key to the development of the story, along with the concept of “New Types” and the GUNDAM with its educational computer.

What made GUNDAM a success as an anime and as commercial content was the existence of mobile suits. The battle scenes involving GUNDAM, ZAKU, Z’GOK, and other mobile suits were of high quality for anime of the time. These were introduced to the world as plastic models, and not only teenagers, but also elementary school students and adults went crazy buying and assembling them.

These models were called “GUNPLA”, and when a popular model went on sale, children would line up at toy stores in the morning, even taking a day off from school, and this became a social problem in many parts of Japan.

It was a pioneer of the media mix.

As we have described, the influence of these two works on Japanese anime is infinitely large. Not only did they expand the generation of anime viewers, but they also increased the commercial value of anime through collaborations with toys and other products.

Today, there are many Japanese animations that are recognized and watched all over the world, but if you rewatch these two, you will realize just how great they are. These two are available on Netflix. 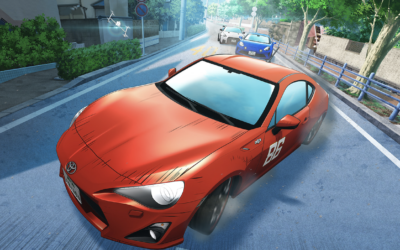